I did it again, guys. I failed as a mom.

Yesterday was my daughter’s 9th birthday. She’d been counting down the days for weeks, and finally it was here and when she woke up she was SO excited, shouting “It’s my birthday, it’s my birthday!” I put all of her presents on the table so she’d see them when she woke up. It was a little different this year because Rodney had already left early for work and the boys were running around the house trying to get to school on time, but she seemed happy when she opened her new basketball, excited when she saw her new animal trivia board game, and thrilled to open a wallet of her very own that her dad had picked out for her.

She had a smile on her face when we carried two dozen donuts into her classroom for her birthday treat, and when I picked her up after school she rambled on and on about how all day long, her friends kept putting homemade birthday cards on her desk. She also made it sound like it was pretty neat to hear her name announced over the speaker at school.

When we got home, she seemed happy when my friend’s younger son came over for us to babysit (I mean, he does play anything she wants him to). She enjoyed her hamburger helper, which was her request when I had asked the night before what she wanted for her birthday dinner. No, we didn’t have a cake because we’d just had cake over the weekend when her grandparents came over to give her their gift, but she’s having a party this weekend so she’ll have cupcakes then.

My friend came over to help me landscape (okay, she did the work and I “helped” her) while we had one non-rainy day of the week to get plants in before the birthday party, so I was busy outside. But my friend had brought her young son over too so Anna was playing her new board game with two little guys who were happy to play with her.

But still, at the end of the night, as she was heading up the steps to go to bed, my Anna made this sad little statement that “Today just felt pretty ordinary.”

For a second, I felt a boulder sitting on my chest, crushing my heart into tiny pieces. How had I let my baby down by not making her feel important enough?

I mean, I should have tried harder to get her another gift. A better gift. A more expensive gift. I’m sure I could have found something else she’d be thrilled to get. But in the midst of buying her presents last week, I was also making multiple purchases for her upcoming birthday party with her friends. Special dog-shaped balloons that actually walk, and dog bowls to fill with Scooby Snacks and cocoa puffs that look like dog food (what a cute idea, huh?). And I’d been spending time researching how to make my own pin-the-tail on the Goldendoodle, and making calls to find out who has the supplies to make a life-sized human Hungry Hungry Hippo game. I’d ran to the bakery to make sure they could make cupcakes that look like puppies, and I’d scoured the web for the perfect paw-print tablecloth. I guess buying one more perfect present to give to her on her birthday slipped my mind.

I suppose for a few moments this week, I could have stopped planning this summer’s baseball trips to go pick her up an extra cake. I’ve been texting her friends’ moms and looking at my calendar trying to figure out where Anna can stay so she doesn’t have to be bored watching her brother play ball for 5 days in Cincinnati, and then for another few days in Nashville. I know she’ll love having sleepovers with friends and swimming in their pools better than sitting at the sweltering ball fields, but yeah, I could have taken the time to buy her another cake. 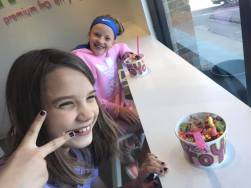 I could have taken more time away from my laptop, where I’ve been working on current projects while looking for other part-time work since one of my big clients no longer needs me. With summer coming, I’d love to make more money so I can afford to take her to more water parks and mega-trampoline places, and eat FroYo three times a week. But I know I could have put work aside to blow up a couple of balloons and make sure she felt special on her special day.

So long story short – YES – I failed as a mom. I didn’t do every single thing in my power to make sure she had an unforgettable, perfect birthday. But do you know what’s great after being a mom for 16 years? I know she’ll get over it, and I know I don’t actually suck that bad.

See, I had THE best mom in the world, and the only memories I have of her are when she made me feel special. I remember her always making my favorite foods, and always having gifts on the table when I woke up on birthdays. Do I remember everything she ever made or what was in every package I opened? Nope. But I also don’t remember ever feeling like she was failing me.

However, I’m pretty darn sure my mom felt like a failure at times. I can bet 100% I didn’t give her the thrilling reaction she was hoping for when I opened some of my presents. I know for certain that even though she took lots of time planning my birthday parties, I probably didn’t tell her how grateful I was after everyone had said goodbye. She most likely wondered constantly whether or not she was doing enough to make me happy, and questioned what else she could have done to make it better. I may be 41 years late in announcing it, but I can say now that whatever she did for me was absolutely perfect.

It took me a long time as a parent to stop wondering if I’m going to screw up my kids. I’ve done a lot of things I’m not proud of — yelling, spanking, forgetting to pick one of them up at a party because I was having too much fun in a karaoke bar and lost track of time (oh, come on, you know I’m not the only one…am I?), but for the most part, I know I’ve given my kids a pretty good indication that I love and support them. So for these times, when I didn’t make one day in my daughter’s life the very best it could have possibly been, I’m just not going to sweat it. I wasn’t neglecting her or doing something horrible…I was just busy doing behind-the-scenes mom things that will make her happy later. It may take 10, 20, or however many years it takes her to become a mom, but some day I think she’ll know I always had the best intentions.

Now, will I try a little harder to make next year’s birthday a little more perfect? You bet your sweet cupcakes I will. 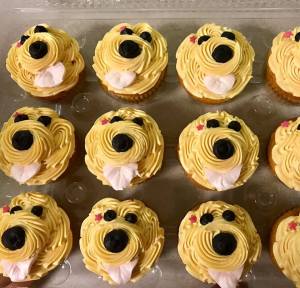