Last month, my oldest son, Isaac, got his first college acceptance letter. I told the whole family that I wanted to go out to celebrate, and we let Isaac pick where he wanted to eat. Taking full advantage of the offer, he chose a Hibachi steakhouse — which is outside of our normal budget — but I felt it was well deserved. After we were seated around the table, my middle son, Alex, started asking questions.

“Wait. So is Isaac definitely going there?” he said as he turned toward his brother.

Isaac shrugged and said, “I don’t know yet.”

“Well then why are we celebrating?” asked Alex, looking at me. “Are we going out every time he gets accepted somewhere?”

It caught me off guard and honestly, I wasn’t prepared for his questions. I knew this wasn’t a final decision and that we were still waiting for scholarship info as well as responses from other schools. All I could give was the simplest answer I could think of at the time.

“I don’t know. I just felt like it was time to celebrate.”

We continued our dinner and laughed a lot as the chef made onion volcanoes and threw knives in the air, but I couldn’t stop thinking about Alex’s confusion as to why we were doing something special. After several weeks of contemplating, I’ve come to a conclusion that’s really pretty simple. It might not make sense to a 15-year-old, but it makes sense to me. 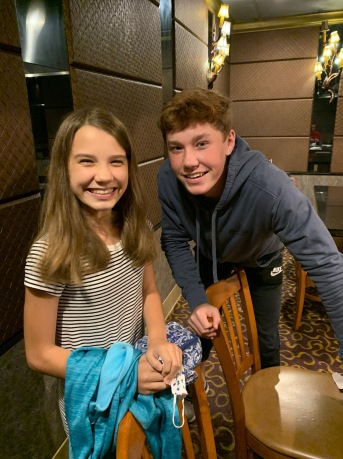 I wanted to celebrate something normal that had happened in our lives in a year when so many not-so-normal things are happening. I was feeling thankful that despite finishing his junior year online and still only attending senior classes in person two half-days a week, Isaac kept his grades up well enough to get into a college he really likes. And I was thankful that at that point in time, we could go into a restaurant and sit together and laugh and eat delicious food other than frozen pizza or something in the air fryer at home (which I am really rocking, by the way).

I think that so many things have gone wrong this year that it’s easy to forget what’s going right. In fact, throughout most Novembers in years past, Facebook is normally flooded with people making their “Things I’m Thankful For” posts. But during this pandemic, and especially after the recent election, I haven’t seen a single friend or family member post such a thing. I know times are rough and the uncertainty is really, really scary, but man, if we look around us, there is so much to celebrate.

I’m thankful that my boys still got to play baseball all summer even though they didn’t have a high school season.

I’m thankful that my brother chose to go through with an intimate wedding this year, when so many others canceled theirs. Spending time with my siblings, nephews, and nieces (not to mention singing karaoke) was a breath of fresh air I didn’t realize I needed. 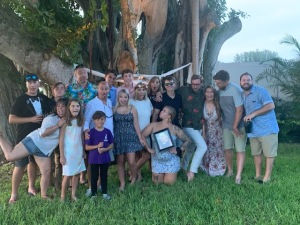 I’m thankful that my parents and in-laws have stayed healthy, and that we’ve been able to spend time with them in these past 8 months. And I’m very, very happy that when Covid finally entered our home last week, we hadn’t been around them in a while. 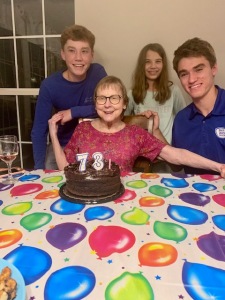 And even now, as my family finishes our quarantine (good thing we celebrated Isaac’s acceptance when we did, right?), I’m so grateful for so much. My boys were the only ones in our house who tested positive, and their symptoms were no worse than a cold. Since the first day we had to stay at home, I’ve received texts multiple times a day from friends and family asking if we need anything. We’ve had groceries dropped off, beer and wine have magically appeared on our porch (MUCH appreciated, by the way), and even though my little Anna was disappointed she couldn’t trick or treat this year, her day got a little brighter when several of her friends delivered candy to her. In this time that’s supposed to be really really sucky, I can’t help but recognize that we are truly, truly blessed.

I hope as we enter the holiday season, others will start to realize the good in their lives. There’s no doubt we’ll all look back on this year as a time we’d never want to relive, but if we’re too busy stashing bad memories in our minds, then the little moments that weren’t so bad — those worth celebrating — might just be impossible to recall.

One thought on “In All Things, Give Thanks”